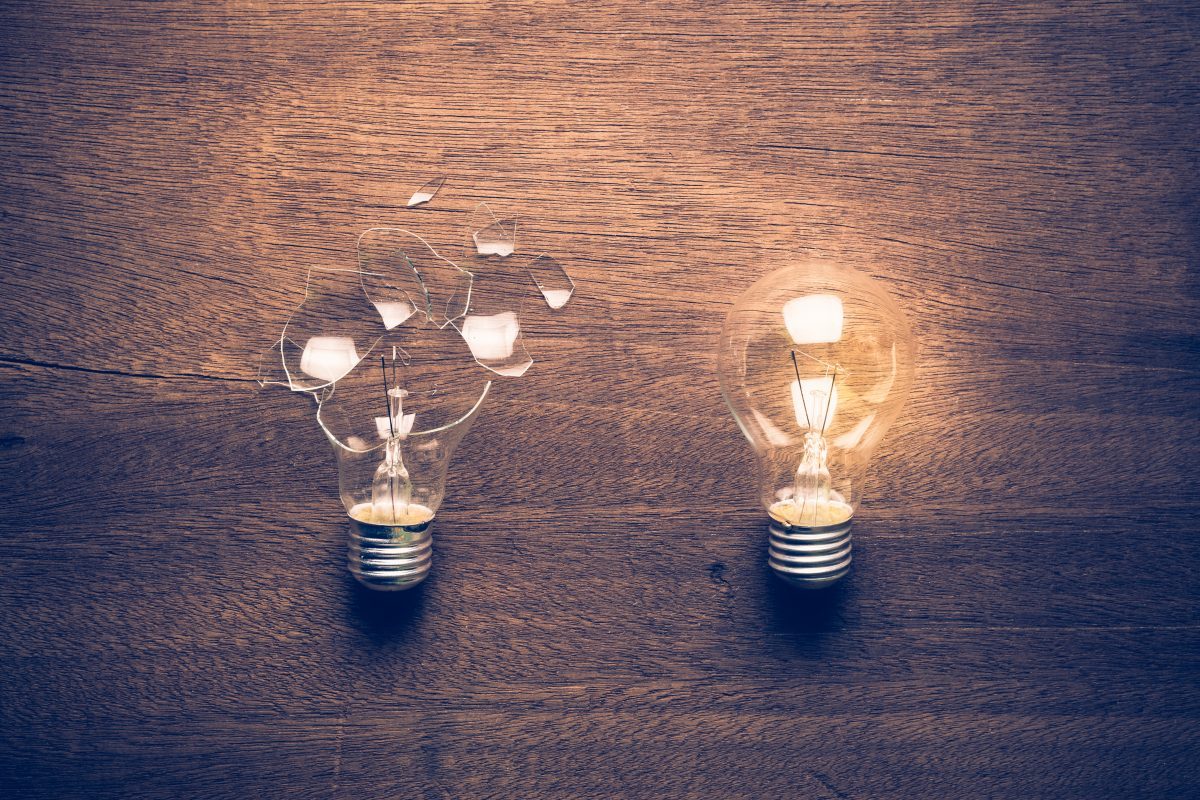 Project failure is tough. We’ve all been through it in previous roles and organisations. Being involved in a project which fails can be really painful for all those involved whether you’re on the delivery team, management or if you’re a stakeholder. However, through these failures many lessons can be learned.

First, let’s take a brief look at some of the key reasons software development projects fail:

We’ve talked in recent blogs about strategies for avoiding project failure in software development. So for this blog we thought we would take a look at how leaders and teams can cope with project failure and how they can move on, learn and even grow stronger from that failure.

How teams react to project failure

It is to be expected that after project failure, teams can be highly demotivated and depressed. Confidence takes a knock and sometimes project failure can lead to discord within a team if the blame game takes over.

In this scenario it is so important for management to step in and work to help bring their team through these tough times.

How to move on from project failure

Whilst it can be tempting to bury your head in the sand and hope that it will all just go away, brushing failure under the carpet is really not an option. Failing to acknowledge mistakes means that you’re missing a vital opportunity to learn.

Another danger of ignoring failure is that it can be extremely unsettling to the project team. Just because you’re not openly discussing the failure it doesn’t mean that your team aren’t discussing it, thinking about it and worrying about it. This can be a huge distraction. Worse still if team members are worrying about culpability. It can breed an environment of fear which is hugely demotivating and will have a knock-on effect on future projects.

A huge amount of time and effort will have gone into your project and moving on too quickly can be difficult for the team. The whole group needs to move on together. Running some workshops where the team can share their feelings can help individuals to move on from a tough project failure.

Having a Retrospective meeting is a good way to analyse project failure.

You know that your approach didn’t work so it’s time to sit down and work out a fresh approach which will work. You can only do this if you truly understand which parts of your process fell down. When you take the time to analyse each step of your project you will get a clearer picture of what worked (yes, there will be success in there!) and what didn’t.

Give everyone the opportunity to discuss how things could be done differently. It’s then really important to come up with actions from this process which will help to prevent the same problems happening again. Assign actions to individuals to ensure that they are completed.

One of our Senior Software Developers, David Freeman, suggests asking the following questions:

David goes on to say:

“Failure can often result from over confidence. Teams commit to too much and don’t allow the contingency to absorb failures in a project. I’d say most failures are a team failure. If someone struggles, the team should pick up on that and reallocate to make sure everyone takes an equal share of the burden. Most team members usually know if a project is falling behind a long time before the project fails completely so everyone has an obligation to highlight issues before they escalate”

“That being said, if the failure is something outside of the team’s control then it is important that this is acknowledged prior to the end of the project so that people understand that doing their best was not going to resolve everything. Potentially, in this situation, the definition of success or failure needs to be adjusted. If a team delivers all they can within the bounds of a project then that’s all they can be expected to do.”

The IJYI approach to software development brings together hundreds of years of combined experience in delivering in an agile manner in various environments including big corporates, government departments and small businesses. It’s not easy and it relies heavily on having the right mix of talent in the room along with a management team that understands the value of autonomy and prioritises the customer outcome over short term commercial gain. We’ve put our heart and sole into developing “The IJYI Way” and we know that it works because we have a 100% record of delivering software on time and on budget in the last three years.

Find out more about Software Development the IJYI Way.

Newly launched this year, the NOVO Awards focus on business, service and product innovation across six category streams, with judges also looking for organisations that exhibit the qualities of being smart, ethical and principled. Innovative organisations throughout Essex have entered these exciting awards!

We recently brought together a panel of experts from politics, local authorities and private sector technology specialists, and put a series of key questions to them to understand what the future holds for digital services in the public sector.

I was disappointed in the book, maybe this was because I had such high hopes for it. Overall though the story lacked a clear goal, but there were some great insights amongst a lot of filler.